Just got back from NYC and it was great! Having said that, I hope my NY friends will forgive me but I have to say the city didn’t wow me as much as Chicago did. Perhaps I expected less from Chicago…

What exceeded my expectations: the food and the people

What failed to live up to expectations: the Rockefeller Center, particular the Christmas tree, which I had always wanted to see

I’ll write more about the trip later but for now I’ll leave you with a few pictures. I’ll add some caption to the pictures later… Click on the picture to view the slideshow. Déa e Ana: podem baixar as nossas fotos do flickr 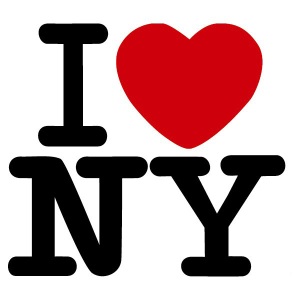 We just got back from Montreal on Sunday and I leave on Thursday for New York City. I have a conference to attend from Jan 2-5 but there will be plenty of time to wander around the city. The only time I’ve ever been to NYC was for a very quick visit – I got a research scholarship when I was an undergrad and went to the library at Columbia University to look at a microfilm. I stayed with a friend in New Jersey and was only in town for one day and since there was a big snow storm that day, I didn’t really get to walk around or visit anything. The little bit that I saw made me want to go back so I’m pretty excited about this trip. I bought the Moleskine City Notebook and I’m busy filling it with tips for restaurant and cafes. Any suggestions? I’ll also be meeting a few friends from the blogosphere, which is quite exciting.

Traveling, for me, means trying different foods. Most of my research and preparation before a trip is focused on learning about local foods, restaurants, markets and my main memory about a place is always related to its food. The same applies to my childhood memories. If you are like me, you’ll enjoy Time’s photographic series on what the world eats. It’s pretty cool.

My favourite foods/cuisines are always changing but during this past summer I was into an Italian/Mediterranean kick eating lots of tomatoes, basil and bocconcini. That was mostly because of the availability of amazing produce and a couple of inspiring meals at a Sicilian friend’s place near Barcelona last June. Last winter I was into thai and Indian food – lots of freshly made curries of all kinds. I’ll probably continue that trend once the weather cools down.

What about you? What kinds of food are you into at the moment?

I was thinking of this place today:

Very funny. For the record, those crabs at Easter Island totally freaked me out. Read more about Matt here.

After four weeks in Spain, we began our journey home early wednesday morning (June 18th) when we left the house at 7 AM to catch the 8:30 AVE to Madrid. The plan was to stay overnight in Madrid and catch the new Air Canada flight to Toronto. Although we don’t know Madrid very well – the weather prevented us from really enjoying the place last time we were there – we had quite the day meeting friends.
We arrived at 11:15 in Madrid and after checking in at our hotel, we went off exploring. The weather was much nicer than in our previous visit (a sunny 20 C) and we wandered the narrow streets of the Huertas (aka Barrio de las Letras) and the Plaza Mayor. For lunch, we took advantage of the tradition in this part of Spain of the tapeo – which basically consists of ordering a drink to get a free tapa at local bars and cervecerias. Luckily, in Madrid one can get a free tapa by ordering a very small glass of beer (a caña), smaller than a half pint. Here are some random pictures of our wanderings:

After a short nap, we went off to Atocha station to meet a friend from the blogosphere – Erin, the wandering woman. I was so happy to be able to meet her in Spain, a place we both like so much. Erin is a true free spirit and it was so easy to wile away the afternoon in a shady spot of Plaza Santa Ana, hearing about her exciting plans for the future and her experiences on the camino de Santiago.

After accompanying Erin back to the train station, we visited the memorial for the victims of the 2004 Madrid bombings. Hundreds died when bombs were simultaneously detonated in commuter trains arriving at Atocha station and last year a memorial was inaugurated to remember the victims. It is quite a moving site. You can see a picture of it in the slideshow above.

After resting a bit at the hotel, we met Mireia, a friend from Barcelona who is in Madrid on business, her colleague Lydia, and Yaniré, a Chilean we met in Barcelona who has since moved to Madrid after marrying her long-time madrileño boyfriend. It was great seeing Yaniré again after over a year. We had tapas and beer at a local bar until past 1 AM and it was a great end to our month in Spain. We have no idea when we will be back since I have decided not to make any travel plans until I’m finished my dissertation. But I’m finally mentally ready to get it over with so hopefully I can finish within the next 12 months.

We had quite the eventful weekend. We gad been invited to a party on Saturday evening at Lloret de Mar, a town about one hour north of Barcelona, at the Costa Brava. While I was checking out the schedule for the bus to Lloret, I realized that 20 mins after Lloret was the town of Tossa de Mar, a place I had heard much about and which I had always wanted to visit. So I convinced Alan that we should leave Barcelona early in the morning, visit Tossa and then go back to Lloret to meet our friends later. He promptly agreed and you can read the rest of the story on his blog.

A Roman town, later abandoned for three hundred years following the Islamic conquest of Spain, when the region fell into the no-man’s land between Christian and Islamic Spain, and repopulated after the conquest of Toledo by Alfonso VI in 1085, Segovia is known today for its amazing Roman aqueduct, its cathedral and the alcazar, the royal castle that looks just out of a fairy-tale. But the number 1 thing that every Spaniard told me as soon as I mentioned Alan and I would be going to Segovia is that when in that city, one MUST have a cochinillo at Mesón de Candido. Cochinillo is a roasted suckling pig that is supposed to be very typical of Segovia. Another typical dish of the region is judiones, large white beans cooked in a number of ways. To cut the travel report to a minimum, I’ll focus on the top-five of my trip:

Pl. de San Martí – much less touristy than the Plaza Mayor, we found a local bar, frequented mostly by locals who all seemed to know one another, where we could sit outside and appreciate the view of the city below.

Tapas – central and southern Spain is the land of tapas and while in touristy establishments you are likely to be charged for them, in local places the tradition still survives of getting a free tapas with every drink you order. At our favourite spot at Pl. S. Martin that usually meant two canape-style piece of bread with either tortilla, sausage, anchovies, etc per drink. You could also order 12 pieces for 6 euros. Other options included 1/4 size grilled ham and cheese sandwiches or a plate of chips. By the way, you don’t order a specific free tapa with your drink, the waiter chooses something. I love it.

Small-town feeling – I love visiting the small towns of Spain. I particularly enjoy spending multiple days in the nice ones where tourists usually only spend the day. People are friendly, you quickly get recognized at the local bar, and its nice to be able to walk everywhere and not have to worry about safety.

Nature – the town is in a very nice place, surrounded by towering mountains at a distance, and lots of green places around the old city. Alan and I went exploring some of the off-the-beaten path places outside the walls of the city and found an incredible path that went around the whole city. It might have been an ancient moat that was later adapted as a walking path. We were there in the morning, the air was crisp, there were lots of birds around, and the diffuse light breaking through the trees plus the fluff floating in the air made the place quite magical. Locals seem to use the path to walk or jog and I’d definitely take up running if I lived in Segovia. With all the free tapas, it would certainly be a necessity ;)

The conference – It was the best conference I have ever been. We even made to the local news in Segovia (both printed and live)! The conference was small – perhaps about 30-40 people altogether – and most of us were staying at the same hotel, with breakfast and lunch included. The hotel set a separate dining room for us so we all had meals together and since there was only one session at a time, we also saw each other at each session of the conference. That allowed us to get to know one another and although the schedule was tough (the first session started at 9:30 AM and the last one ended at 9 pm, with a two-hour lunch in the middle of the day), I got to chat quite a bit with scholars from all over the place. I was particularly happy for the opportunity of meeting Miriam Bodian and Mary Elizabeth Perry, two well-known and respected scholars who turned out to be quite nice and friendly. My paper went really well, I got lots of questions and was able to answer them well (I think). I got lots of praise in front of my supervisor, which was very nice. There was talk of having the next conference (in 2010) in Cuenca, another interesting historical town. Can’t wait!

He tells me there’s one more post coming, so stay tuned to his blog.

Click on the picture below for a slideshow of the pictures I took in Segovia, I’ll try to add some text in coming days.

We just got back from Segovia – the conference was AMAZING, I met some really great people, the city was beautiful, the food was great, and I can’t wait to get the pictures up but before, I need to get some sleep. Sorry if I haven’t answered any comments – I had no access to internet the entire time (!).

The Butte aux Cailles started out as a working-class village that sprang to house the workers of the factories that used to dot the 13th arrondissement. It was one of the last strongholds of the Paris Commune revolt in 1871 and was largely untouched by the Haussmanian remake of Paris into the city we know today. Today, the neighbourhood has both a Bohemian flair, with its neat boutiques and bars – with nary a chain store in sight – and a small village feel, with its narrow streets dotted with children playing. Best of all, the crowds of tourists and the multilingual menus advertising steak frites and onion soup seem to have stayed in the Quartier Latin.
END_OF_DOCUMENT_TOKEN_TO_BE_REPLACED

Latest entries at my food blog